NASHVILLE, Tenn. -- Having won the 2021 Country Music Association Vocal Event and Video of the Year for “Half of My Hometown,” as well as being nominated for 2022 CMA Single of the Year, there was only one choice for Kenny Chesney’s I Go Back 2023 Tour: triple GRAMMY nominee Kelsea Ballerini, the songwriter/dreamer from Mascot, Tennessee.

“Kelsea understands everything about where I come from, because she’s from there, too,” Chesney says. “She knows how hard it is to leave, how much you miss all those things that make you who you are... but also how the only way to chase the kind of dream she has is to do just that. It’s a tough call when you love home the way we both do, but for kids like us, there was never really a choice.

“When she texted me to sing on the song she’d written with some of our friends, I said, ‘Let me hear it,’ knowing she knew everything about who I was,” Chesney continued. “As soon as I heard that first verse, I was in. And I have been one of Kelsea’s biggest fans ever since. She’s a writer, a girl who sings from her heart and isn’t afraid to honor where she comes from. To me, there was no other choice for this tour.”

Having played to over 1.3 million fans on 2022’s Here And Now Tour, including breaking his personal best at many of the 21 NFL stadium plays, Chesney knew he wanted to take his music to the people who live beyond the major markets. Always committed to bringing the best musical experience, his choice of Ballerini recognizes an artist who has a strong sense of roots, but it also invested in pushing where country music can go.

“Music has taken me so many incredible places,” Ballerini says. “Around the world, singing with some of my heroes in pop, alternative and contemporary music, but singing with Kenny is going home. He was the only voice I heard on ‘half of my hometown,’ and when he comes in, it’s just like hitting the Knoxville city limits. So to be able to go out to those cities like the place he and I grew up with an artist who’s accomplished what he has, it’s a lot like going home.”

Like Chesney, Ballerini has caused a sensation since taking her debut “Love Me Like You Mean It,” follow-up “Dibs” and “Peter Pan” all to No. 1 on the country charts, a trifecta that matches her with Wynonna’s solo emergence in the ‘90s; it helped earn the honeyed alto a Best New Artist GRAMMY nomination. Fresh-faced and fashion-forward, she’s drawn on her own young woman coming of age in today’s world for some of modern country’s most personal songs.

“half of my hometown,” written with Ross Copperman, Nicolle Galyon, Shane McAnally and Jimmy Robbins, reflects Ballerini’s journey, but also both artists’ way of seeing the world around them. It’s that passion for taking risks, but remembering where one comes from, the desire to have big dreams and never lose the ability to enjoy the simplest kinds of fun and friendship.

Kenny Chesney I Go Back Tour: 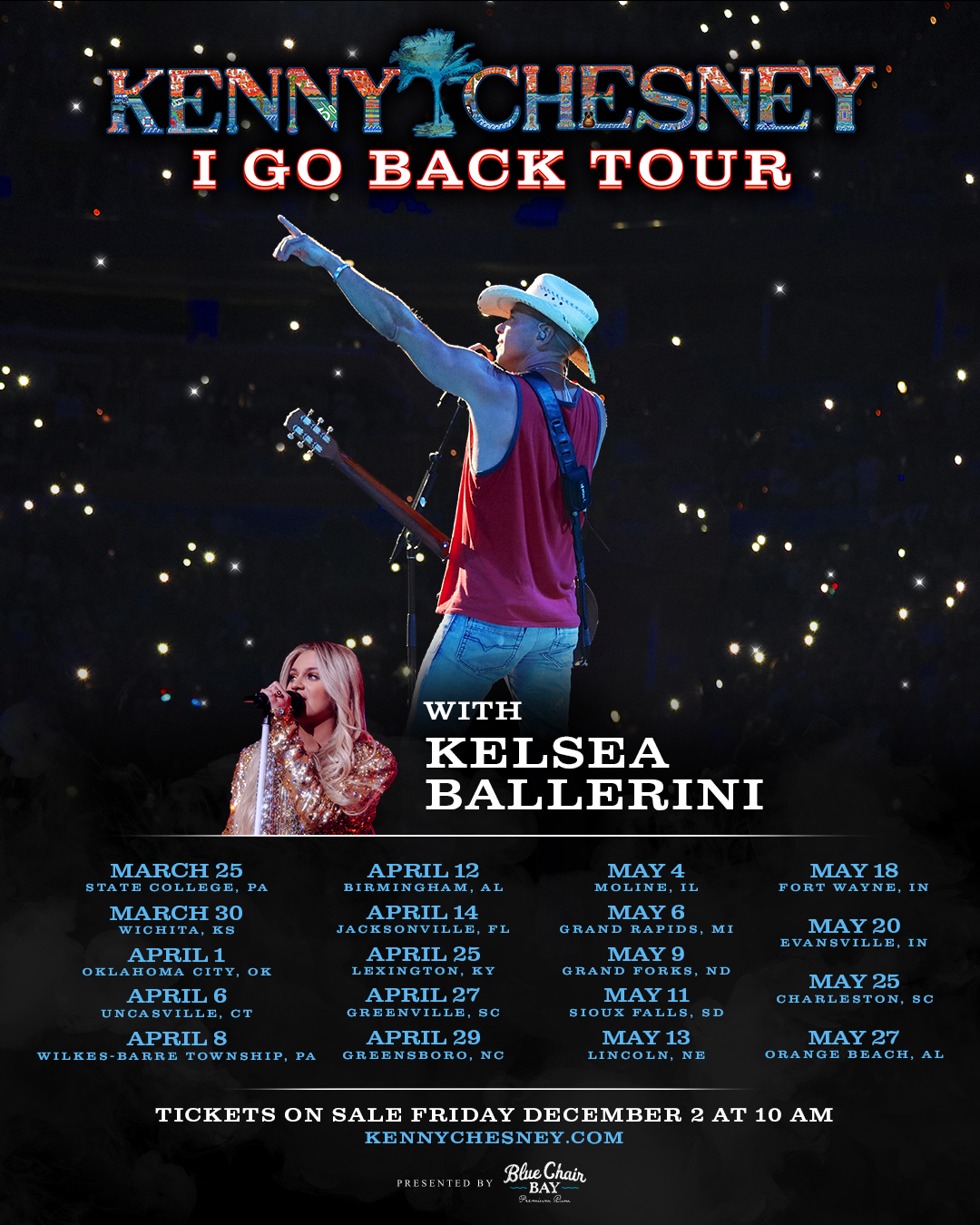 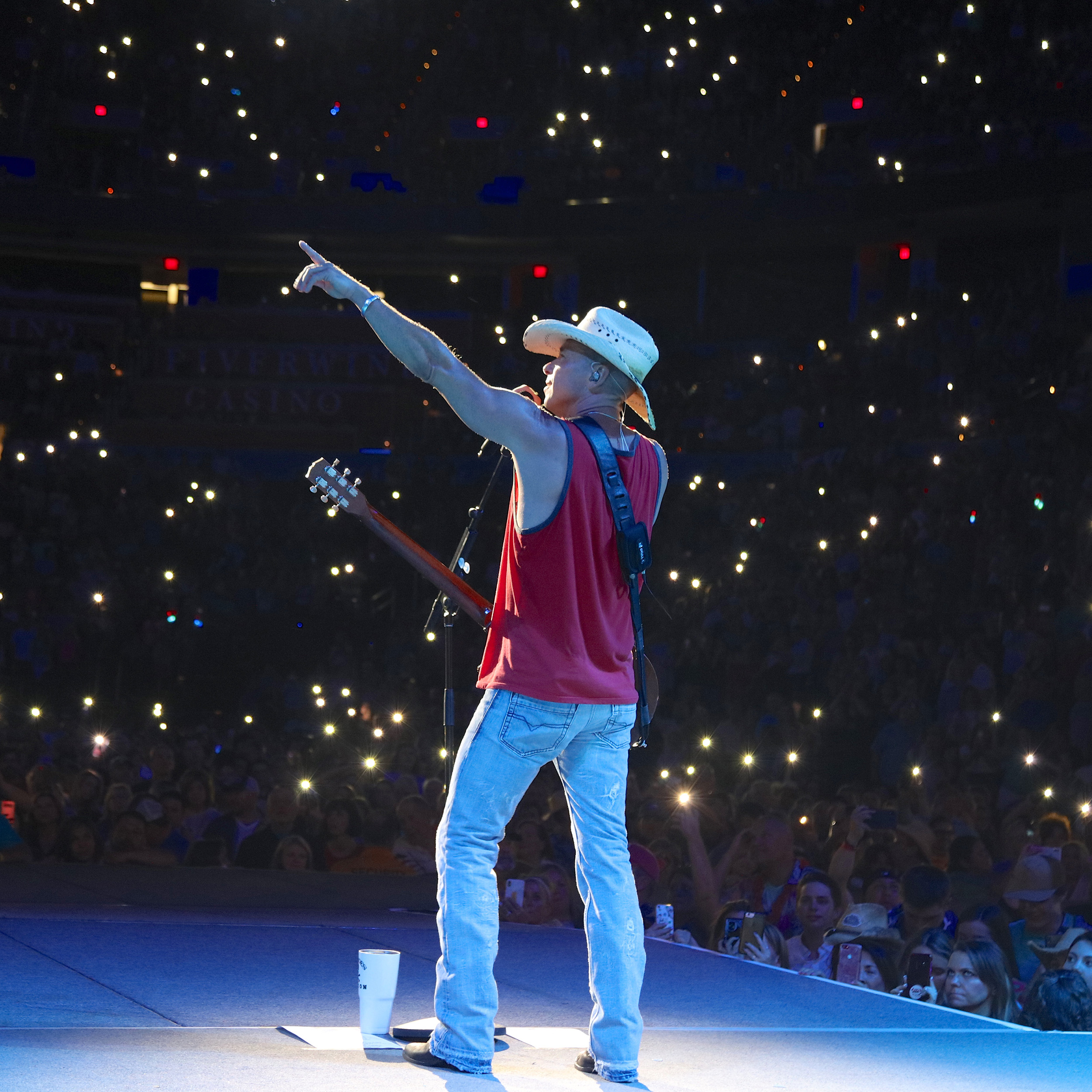 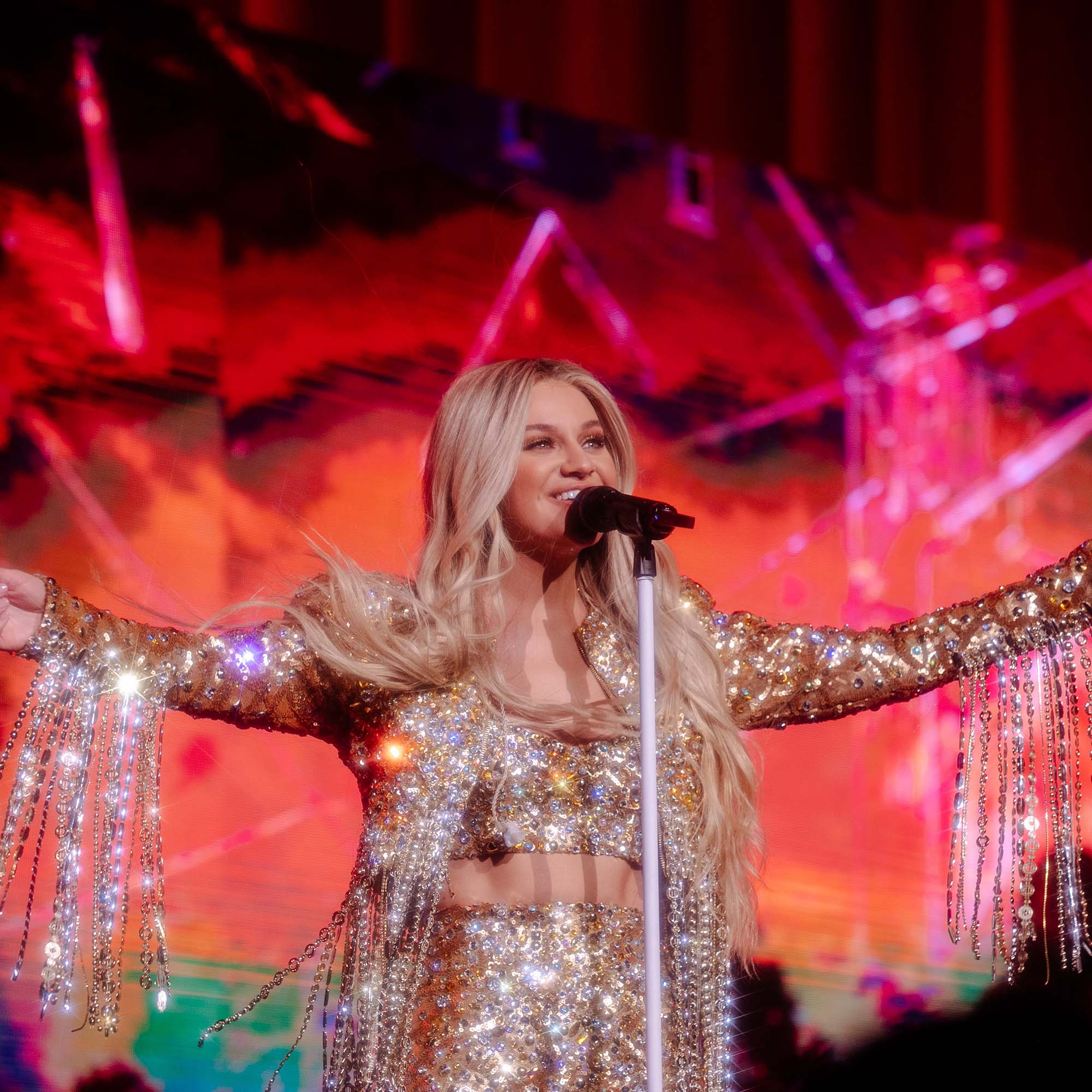