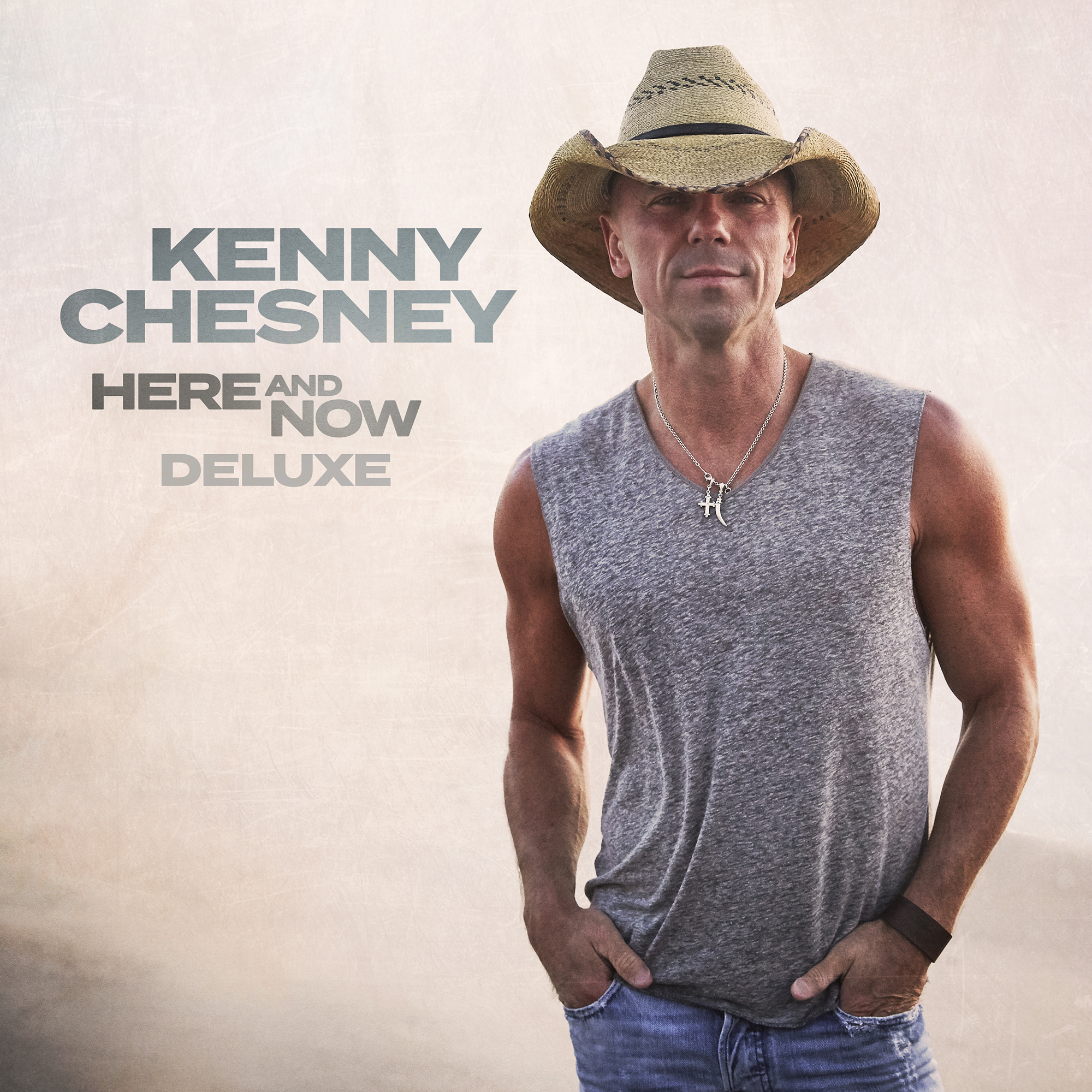 PRE-ORDER HERE
Like a lot of people, Kenny has spent the last several months doing what he normally does in whole new ways; but one thing that hasn’t changed is his relentless creativity and desire to always be making music.
For him, life on the road closes the gap between recording, releasing and receiving No Shoes Nation’s unfiltered response to his music. “There’s something that happens when we bring the new songs out on the road,” Kenny explains. “To me, that’s when an album is really finished. Once you play the songs, and get the chance to come together in the name of music.”
Since the songs from Here And Now haven’t reached the people in a live setting...
Since the man The Wall Street Journal calls “The King of the Road” has occupied this time not playing for the fans by writing, recording, sharing music with his friends... Since some of that music needs to get out...
Here And Now Deluxe marks a way of extending Kenny’s all-genre No. 1 Billboard 200 albums debut. The dozen existing songs – including the No. 1 title track “Here And Now,” the sensual “Tip of My Tongue” and the glass half full “Happy Does” – are being supplemented by four equally diverse tracks: “Wind On” from David Lee Murphy and Rodney Clawson, “Fields of Glory” from Josh Osborne, Ashley Gorley and Ross Copperman, “My Anthem” from Josh Osborne, Shane McAnally and Jason Gantt and “Streets,” co-written with Tom Douglas. The May 7 release will be available for pre-order beginning tomorrow, March 26.
“Being home, writing with friends, recording with people who inspire you,” Chesney says, “this time has taught me to really be in the moment, to share more music. Some of these songs will spark an immediate hunger for things we all love; some of them I think people will think about for days and days after they hear them.
“With so much still unsettled, I didn’t want to wait any more to share them.”
That notion of not waiting, of celebrating the richness of life where you are, how you are tempers “Knowing You,” the spare waltz that’s arrived at country radio this week. With a cinematic video that moves from black and white to Technicolor, representing how those magic moments can sustain us in bleaker, flatter times, “Knowing You” has pressed the album back up the charts.
“This isn’t about death, or losing someone to the other side,” Kenny explains. “It can be a lover who’s left or group of friends who came together, dreamed together, then went off to chase those things. You may never be together again, but that moment – no matter where you are – you can close your eyes and remember everything about the people, the places, the joy comes right back.
“Those people, those experiences change you. You’re better for them if you’ll see them for what they were and how they made you better. So I’m really happy to know that what I heard when I first heard the demo is how other people are feeling whether they see the video, stream it somewhere or hear it on radio.
“And because of that, too, I’m glad we’re making this Deluxe available now. If you love ‘Knowing You’ and this album, we’re making it even a little bit more special.”
Skip to top