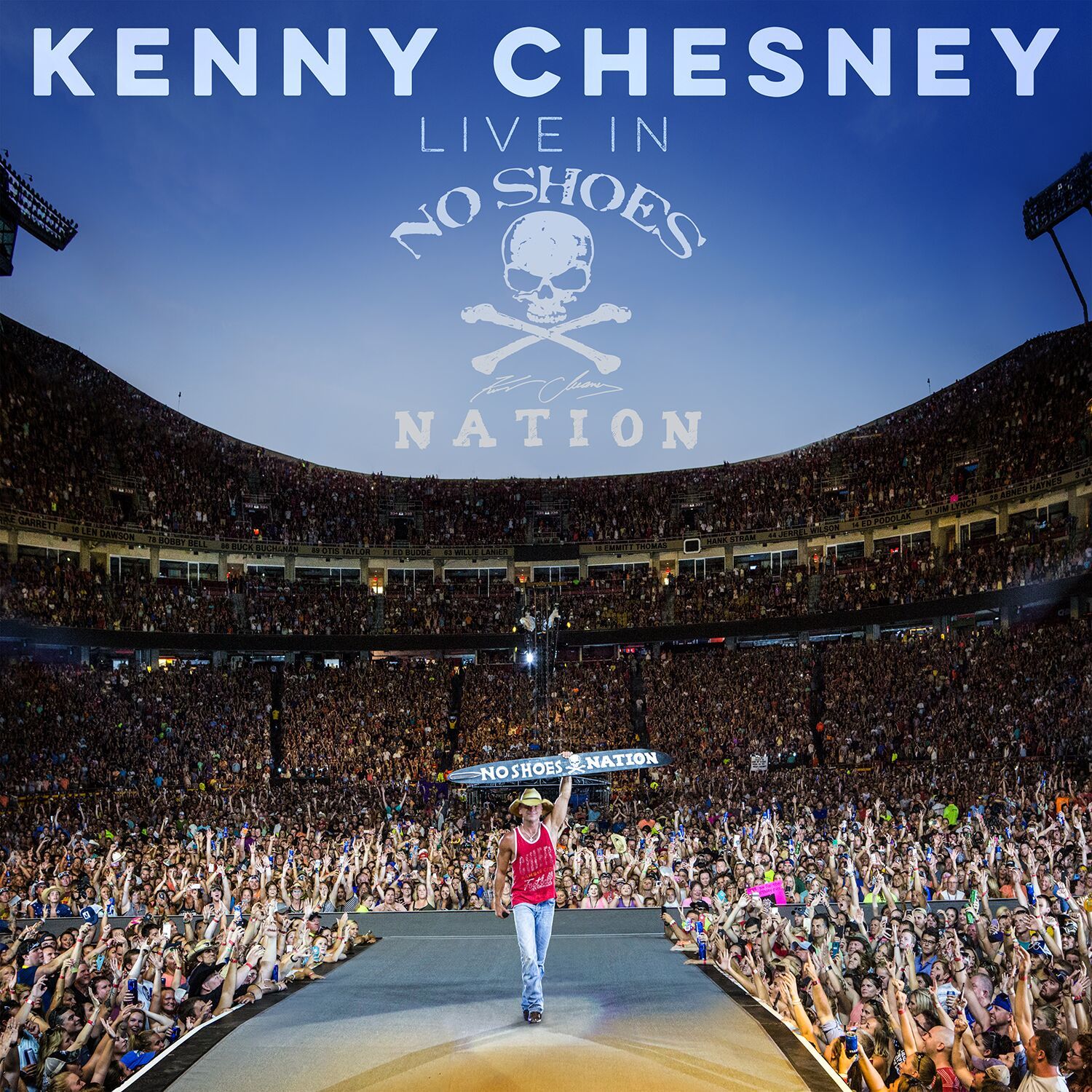 ALL THE SONGS ON KENNY CHESNEY'S LIVE ALBUM

When Kenny  pulled out some tapes to listen to his last 10 years of shows, he was immediately struck by the fervor of No Shoes Nation. And the more he listened, the more he wanted to share all these moments with the people who inspire him and took the songs to a whole other level out on the road.

You record songs, you putem on a record, Kenny marvels. You know, people think it stops there. Even when its on the radio, thats really between the listener and their life. But when you have people in your life like No Shoes Nation, Ive come to believe, we figure out what these songs really mean when we get out there on the road and singem together!

So as I was listening to some of these tapes, I decided: theyre as much the people whove been coming out to the shows as anybodys! I shouldnt be the only one listening and that sent me down a tube into all these summers out there rocking. When I told the record company how many songs, they thought Id lost my mind… And that was before we added Young, which really started and defined this chapter, to the list!

Starting where Florida meets Alabama on the Gulf Coast, Live in No Shoes Nation kicks off with over 40,000 strong hearing Flora-Bama for the first time, then proceeds through obscure gems, massive hits and intriguing collaborations. For Kenny, it became a sonic document of all the fun, the moments, the rising and falling action of a million+ citizen place without borders: No Shoes Nation.

Ive always said the energy that comes at us, it lifts us up and really makes us take things even further. Listening, I realized we cant take that intensity all the way in in the moment, says the man Los Angeles Times called the Peoples Superstar of whats become his next project. I wondered if everyone whos come out to one of our shows realizes how incredible they sound; if like us, theyre so in the moment, they had no idea. Theyre what makes this music special and this, to me, was a great way to let them know it.

With the first recording a medley with Dave Matthews from the close of 2007 Flip Flop Summer Tour, Live in No Shoes Nation pulls rarely played jewels including Im Alive, Coastal and the deeply personal Happy on the Hey Now, as well as locational homages to Guy Clark with Hemingways Whiskey and Bruce Springsteen with One Step Up. In these quieter moments, the 2016 BMI Presidents and CMA Pinnacle Award winner shows his poets heart.

No Shoes Nation not only knows no boundaries, we love all kinds of music, Chesney allows. Its why Grace Potter is as loved as Eric Church, why David Lee Murphy gets the same response as Zac Brown and his guys. We love life, we love music and we all really love each other!

When I See This Bar (with Eric Church)

No Shoes, No Shirt, No Problems

Down The Road (with Mac McAnally)

Everybody Wants to Go to Heaven (with Zac Brown Band)

Save It for a Rainy Day (with Old Dominion)

You And Tequila (with Grace Potter)

There Goes My Life

Dust On The Bottle (with David Lee Murphy)

The Boys of Fall

Happy on the Hey Now