Live in No Shoes Nation: 10 Years of Concerts Hits Oct. 27 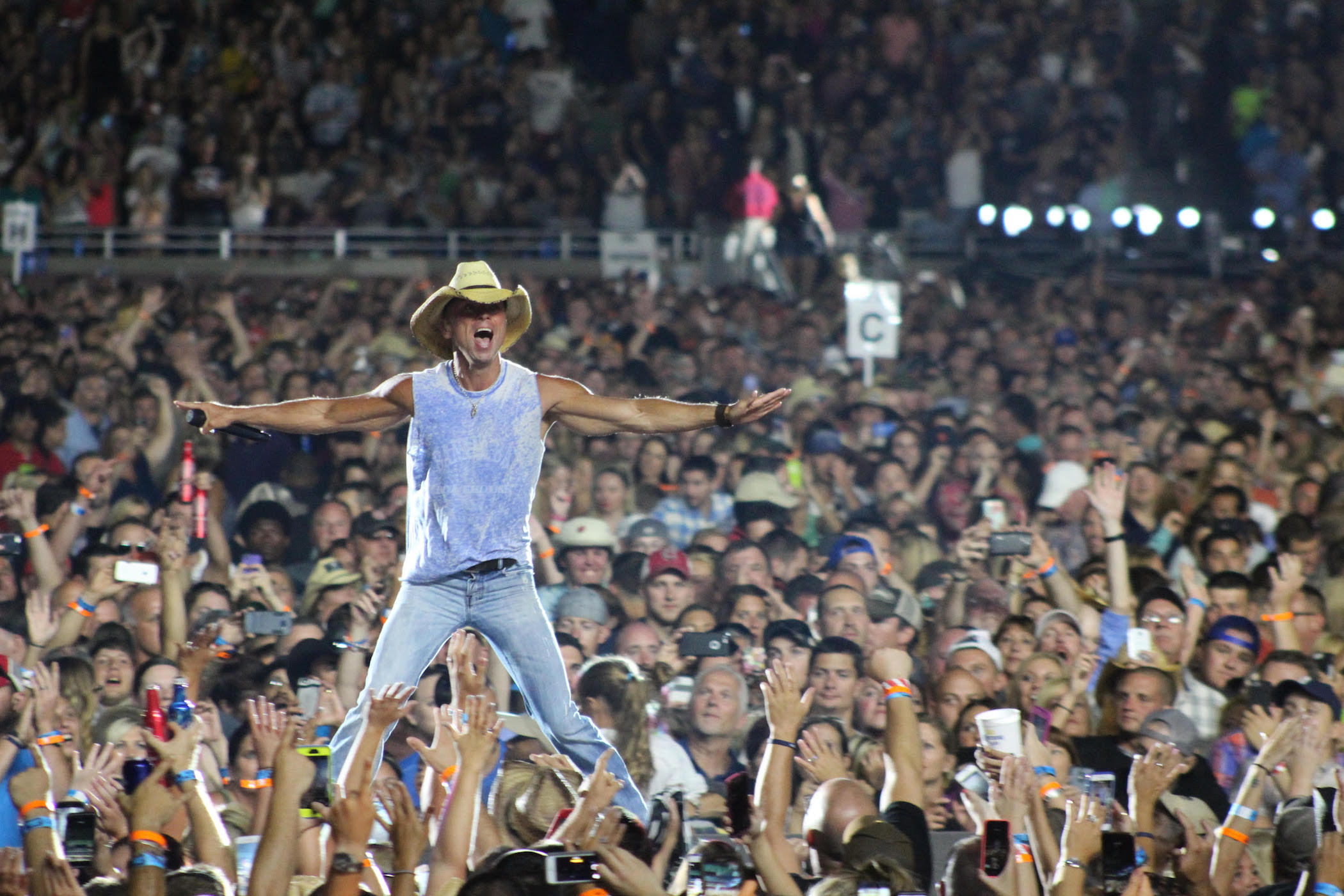 When the sound of the generators finally fell silent in his head, Kenny dug into his mountains of tapes and started listening. To the songs, to the band, but especially to No Shoes Nation, well over one million strong. And the more he listened, the more he realized his music and the people it has attracted over the last decade have indeed created a nation without borders or boundaries; in that moment he knew he wanted those people to know they were heard.

When youre on stage, in the rush of it all, it hits you so hard and so fast. You take it in, but you never really digest it, explains the high-intensity songwriter/superstar from East Tennessee. Once the noise in my head died down, I went in to relive some of those amazing nights Id had with everyone in No Shoes Nation, and the more I listened, the more I wanted to hear. And the more I heard, the more I knew I needed to share these moments with all the citizens of what we call No Shoes Nation, so they could hear how freaking awesome they sound.

Almost 10 years to the day from the first recording a medley with Dave Matthews captured at the end of Kennys 2007 Flip Flop Summer Tour  Live in No Shoes Nation captures 29 performances from the last decade. Some hits, some surprises, some obscure jewels, some guests and some of the unabashed songs that have come to define coming of age in the flyover in the 21st century. Beyond the obvious joy that marks the 8-time Entertainer of the Years summer tours, you can hear the fervor for what Kenny created.

I always say no matter how hard we hit that stage and hurl the music at them, No Shoes Nation has so much energy and so much heart, they come back at us even harder, Kenny marvels. But when you can sit and really listen, its shocking. They are so loud, so in the moment and put out so much awesomeness, it stopped me in my tracks and reminded me why I feel most alive out there on that stage.

Combing through 10 years of stadium shows, pop-up bar gigs, amphitheaters and the occasional beach takeover, Kenny listened to over a thousand hours of concerts in search of the definitive performances. More than wrangling a greatest hits with cheers, the man Los Angeles Times called The Peoples Superstar sought to capture the spirit of his audience as much as document some of the most special moments in his touring life.

So much has happened over the last 10 years, Kenny marvels. But the one thing that remained consistent, thats been there no matter what, are the people of No Shoes Nation. Theyve always been why I do what I do, but listening to all these shows over the last several months, I realized theyre really the heartbeat to everything me and my road family do.

And the more I heard those voices singing, the energy and the power, the more I wanted everyone whos ever come to our shows to hear it, too. Those moments when youre so completely free are the greatest feeling in the world.

With a track list being finalized and plans for 2018 being sorted out, the only sure thing is this: Live in No Shoes Nation arrives October 27.

As Kenny says, No Shoes Nation is more than a state of mind, its the place we all come together for the music, the fun and each other.